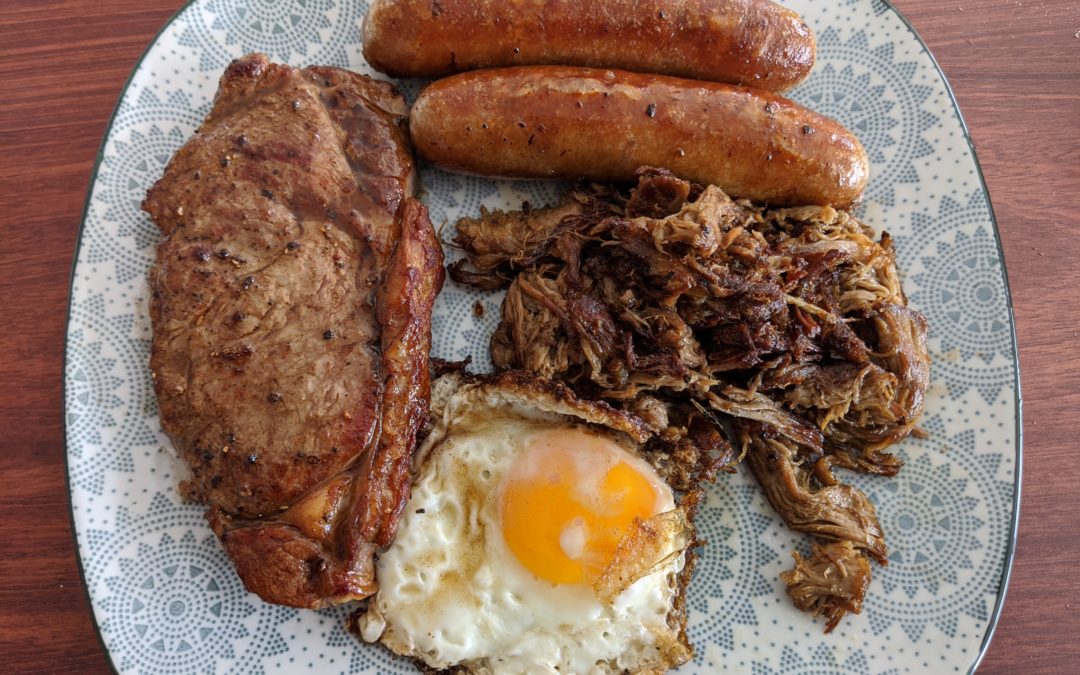 Nothing much to report. Still stuffing my face with meat twice a day. Like most things in life the novelty has well and truly worn off and I’m just going through the motions. Cooking three different dinners (and the ensuing washing up) every night is pretty rough, as is having to watch at least two awesome meals I cooked get eaten without enjoying it myself! Ah well… nearly half way. Just gotta chug on and get it done. Digestion has again slowed to a halt – I’m always worried when there’s a good three or four strong espressos in my belly and nothing is moving. Enough to make you want to stay very close to home!

I’ve figured out that what I thought was rump steak is actually just defrosted porterhouse (sirloin) – freezing and thawing it must be what has made it a touch tougher than before. It’s still very tasty, but I’ve eaten the last of it. The next week is going to consist of a lot of defrosted rump. It may take a bit of creativity, and some serious jaw exercise. I’m up for the challenge! 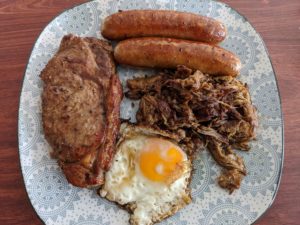 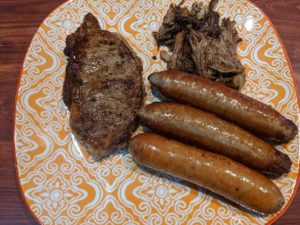